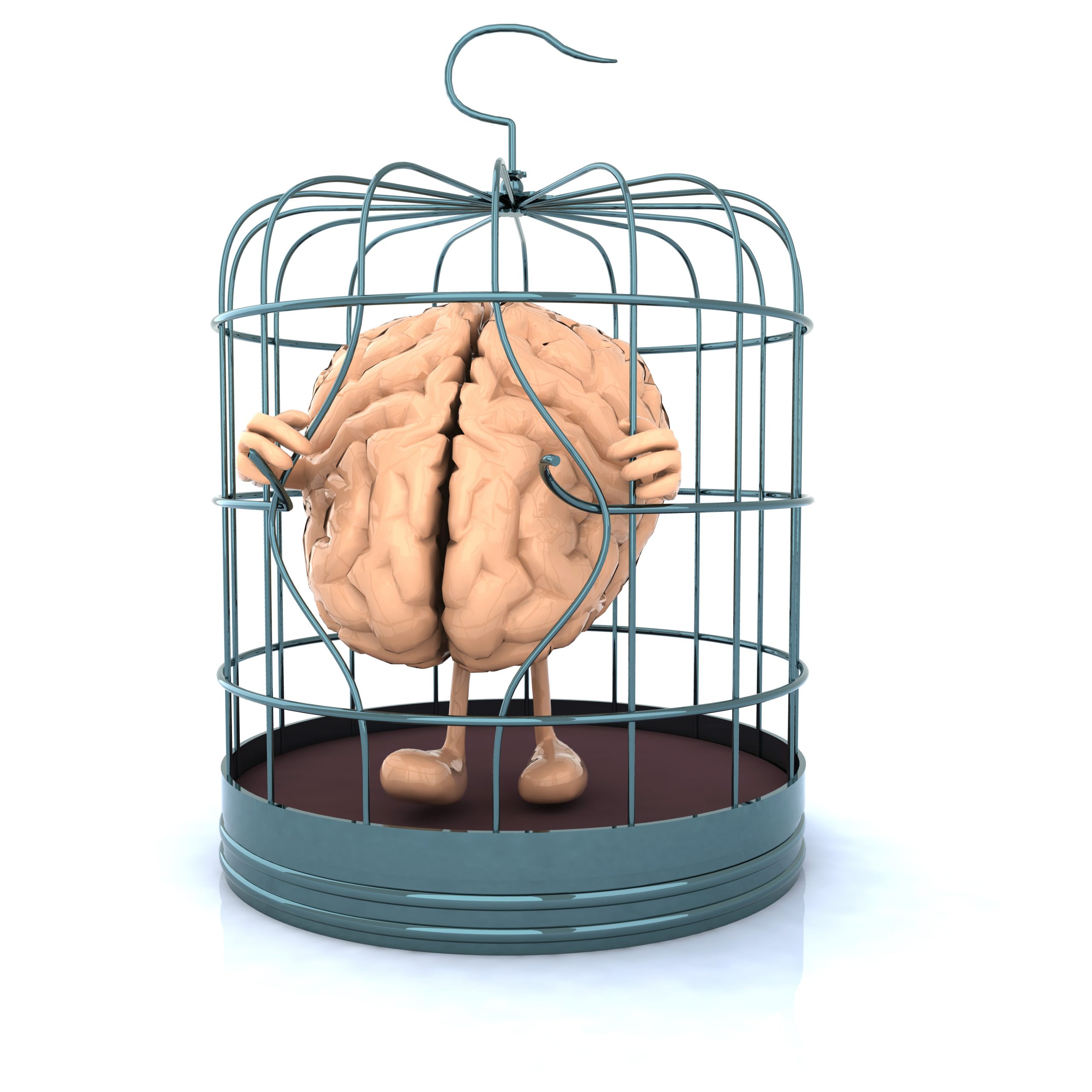 I have been enjoying running a series of webinars on ‘Self-care for the Silly Season’ and one theme that kept popping up was how we think about this time of year in ways that often don’t serve us.

For so many of us it’s been a long hard slog this year and as someone said this week, “we seem to be limping to the finish line”. The Holiday season can be a stressful time, often fraught with tension, and to be able to cope, we need to have strong reserves of physical, mental and emotional energy. We need to be able to regulate our emotions, boost our resilience and stay sane.

After the past 20 months, this is a very big ask!

When our reserves are low, it’s easy to fall into thinking traps; we’re either ruminating on the past or catastrophising about the future. We also lose sight of rationality and can be found exaggerating and digging our heels in about needing to be right.

For example, if last Christmas cousin Al got drunk and started telling inappropriate jokes, there’s a good chance we’ll be dreading their reappearance at the dinner table in a couple of weeks!

For me, this 23rd December marks the 20th anniversary of my Mum passing, and it’s taken a lot of practice to turn melancholy memories into memorable moments to reflect on and cherish.

Here are 2 thinking traps that I believe can be of help in regaining balance and sanity in the Silly Season (and any time of year)!

Two Strategies to Free yourself from Thinking Traps

Based on Stephen Covey’s ‘Circle of Concern’, Control the Controllables invites us to think about things that are currently causing us stress and in which we are investing effort and energy. This is one of my favourite models to use in self-care and resilience workshops and I’ve created a downloadable handout for you to use. 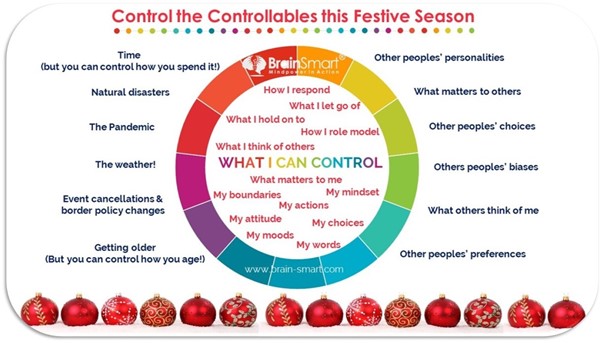 Take a look at those elements that fall outside our circle of control and reflect on your emotional responses to reading them. Where are you investing effort and energy? For example, so many of us have been impacted by border closures this year and many still are (both State borders here in Australia and International).

Besides voting in a different Government (which would be a form of influence), we really can’t control policy changes, so consider instead taking a leaf out of Elsa’s book from ‘Frozen’ and ‘Let it Go’ rather than letting it eat you up! Instead, you could invest your time and energy in creating a new experience that you can still enjoy and leave the lamenting behind.

For those elements on the right of the model, we can argue that we might not be able to control, but we can influence through discussion and dialogue. My cautionary advice (as someone who doesn’t eat meat and gets asked each year why I’m not tucking into the turkey!), you may want to choose a less stressful time and place to make your arguments and instead practise radical acceptance and gratitude for being able to gather together again and focus on what you have in common (or change the subject!).

In some parts of Africa and South East-Asia, hunters would catch monkeys using a very simple and ingenious method (I am not condoning monkey hunting – this is an illustration of a thinking trap!). 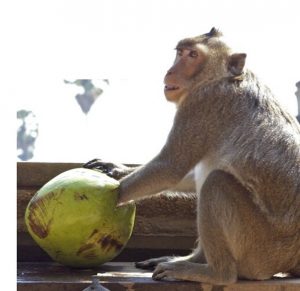 They would make a small hole in a coconut, empty the water and insert a ripe banana, the smell of which would tempt the monkey to insatiable curiosity.

The monkey then puts its hand inside the coconut and grabs on to the banana, but there’s one problem, it can’t get its hand back out without letting go of its new prize. And the monkey refuses to let go, it’s too attached, and we all know how it ends ☹

Reflecting back on our ‘Control the Contollables’ model, what is your banana? What might you be holding on to that is not serving you and possibly impacting others? What are the consequences of staying attached ‘no matter what’ and what is the possible cost?

What are the potential benefits of letting go of your banana? Food for thought (pardon the pun).

So I am signing off by wishing you the happiest of times ahead and I hope that my Christmas wish comes true, that you may have an enjoyable, stress-free Holiday Season filled with laughter, fun and whatever you wish for yourself.